The Cambridge Concert Orchestra, a registered charity, has been making music, and making it fun and accessible to all, since 1967. We have a reputation for being one of the friendliest orchestras in Cambridge and enjoy playing a wide repertoire of music.

The orchestra is very privileged in having its own extensive library of sheet music, much of it donated to the orchestra by Charles Shadwell (formerly of the BBC Variety Orchestra). We are also proud to have commissioned new pieces by contemporary composers. This means that every concert is different and there is always something for everyone. While the orchestra’s emphasis is on enjoyment, our concerts also serve to raise money for local, national and international charities. Please contact us if you think that the orchestra could collaborate with you for a fundraising event.

As well as performing in large venues (e.g. West Road Concert Hall in Cambridge or The Apex in Bury St Edmunds), we really enjoy taking our music directly into the community by playing to smaller audiences in churches, community centres, fêtes etc. in and around Cambridge, as it is important to us that as many people as possible have the opportunity to hear live music.

In past concerts we have performed music from a wide range of genres including (with examples):

Guest soloists have performed in our concerts over the years, including the opera singer Ian Wallace, for many years the orchestra’s President. 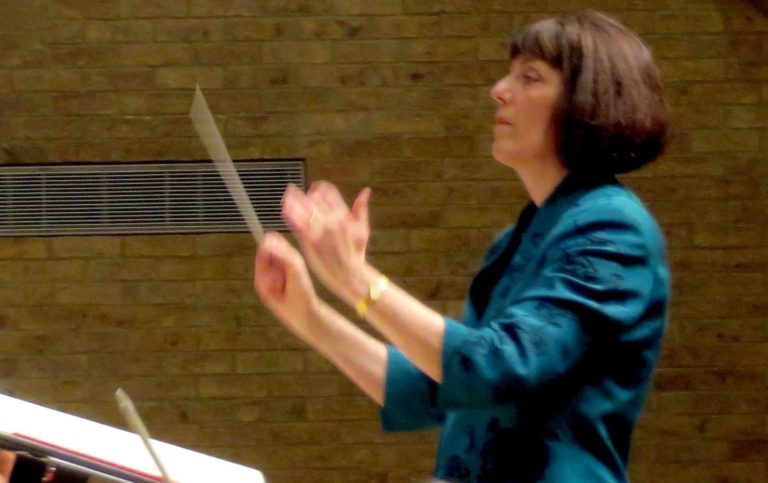 This 1985 AGM speech by our then Conductor, George Dobinson, recalls the formation of the orchestra:

The acorn from which the orchestra came was a long-standing idea in the mind of Roger Osbourn, our late percussionist. He telephoned several musicians in the area, including your present Conductor, and a meeting was arranged in the room in which we meet this evening [the Milton Arms pub] for a discussion and a play-through of some of the limited number of orchestrations available. About twelve musicians turned up in those early days, including our present leader, Norma Ellis.

Our earliest Conductor was Billie Bell, who was the full-time official for the Musicians’ Union Eastern District. He was an experienced musician, having played lead trumpet with orchestras at leading theatres in this country. He was a deft performer of the post horn, and indeed played the Post Horn Galop at an early concert.

Shortly after this period the orchestra was befriended by the landlord of The Green Man in Trumpington, Charles Shadwell, who had been Conductor of the BBC Variety Orchestra and whose infectious laugh was almost a feature of many broadcasts, including In Town Tonight.

He agreed to become President of our orchestra and gave his orchestral library to us, consisting of well over 1,000 scores. The proviso was that we collect it all from the BBC in London!! A fleet of cars was arranged to collect this valuable contribution. It was through his influence that several of our annual concerts at the Guildhall and the Arts Theatre included guest artists – Ian Wallace, Edmund Hockridge, Ivor Emmanuel, Robert Docker (who played the piano solo part of his own Legend) and Cyril Watters (who conducted his own The Willow Waltz, which was used as the theme music for television’s The World of Tim Frazer series). Cyril, at the time, was Secretary of the Light Music Society, whose President was Sir Arthur Bliss.

It was during this time that we bought the orchestral library of Arthur Anton at a nominal figure (£50, I believe). He had used this library for his regular broadcasts for the BBC and at his residency at The Trocadero, Tottenham Court Road, London. I was very honoured and proud that, when Arthur died, his wife presented me with his case of batons.

I must mention the valuable contribution that two of our Conductors made to the progress of the orchestra. Firstly, Brian Thomas, who is still well known in Cambridge musical circles, and Graham Cross, who received his training in a Salvation Army Band.

Here is the programme for the 1970 Arts Theatre concert referred to above. See the foot of our Earlier Highlights from our Concert Archive page to access other early programmes.